After 145 Years, Bayreuth Festival Has Its First Female Conductor 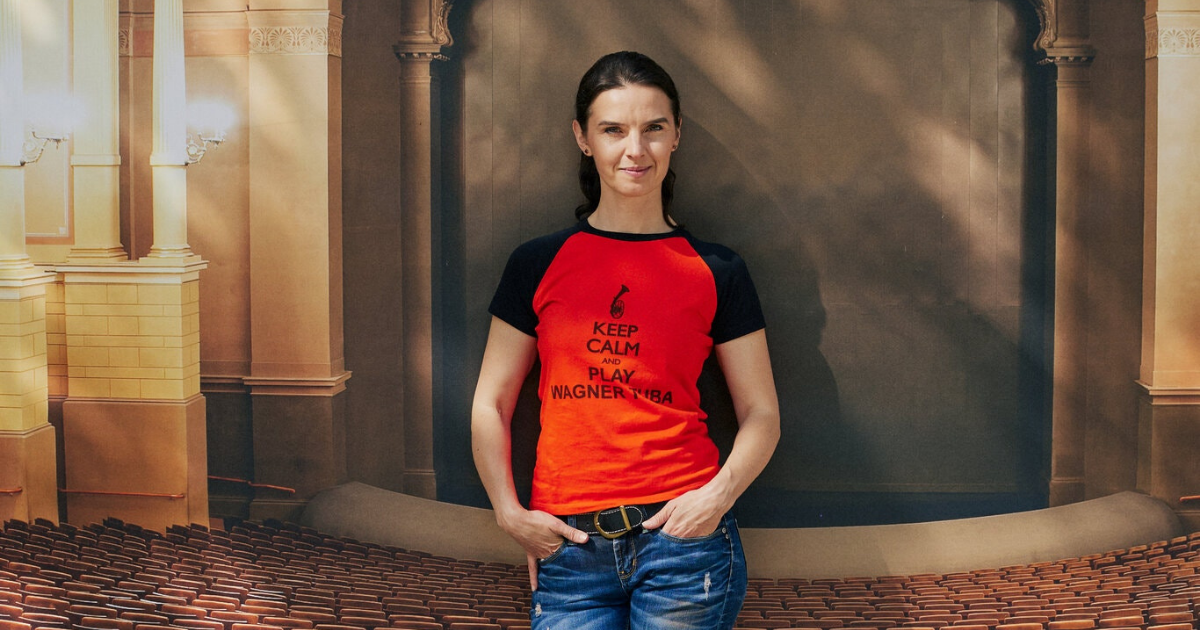 But 2021 brings something new in the festival’s 145-year history: On Sunday, Oksana Lyniv will become the first woman to conduct a production there.

A native of Brody, in western Ukraine, where she grew up in a family of musicians, Lyniv, 43, has spent the better part of the last two decades in German-speaking Europe. She was an assistant to the influential conductor Kirill Petrenko at the Bavarian State Opera in Munich, and from 2017 to 2020 was chief conductor of the Graz Opera and Graz Philharmonic Orchestra in Austria. She has also maintained strong musical ties to Ukraine, and is the founder and artistic director of LvivMozArt, a festival in Lviv inspired by that city’s 19th-century ties to Franz Xaver Mozart, the great composer’s son.

“It was always my goal to come to Germany,” she said in a recent interview. “It was unimaginable for me to be a professional conductor without a connection to sources in the German language, which are very important when I prepare for concerts.”

The first books she read in that language, she added, were Mozart’s letters.

She spoke on a video call late last month from Bayreuth, where she was rehearsing for her debut leading the new production of “Der Fliegende Holländer.” These are edited excerpts from the conversation.

You have been to Bayreuth before, as a member of the audience and an observer in the unusual covered orchestra pit. What is unique about the festival?

Everything is different; there is really no comparison with anywhere else. The position of the orchestra members in the pit, for instance, was prescribed by Wagner. First violins sit on the right, and second violins sit on the left, with the double basses on either side of the strings. This all creates a special sound.

And because of the construction of the pit, which is covered, the sound goes back to the wall then out to the audience, so there is a slight delay. As a conductor at Bayreuth, you’re very dependent on your assistants, who are sitting in the audience. There are phones near the podium, and we can all communicate the whole time about how the orchestra is sounding in the theater. In the pit itself, it’s rather tight, and the sound is very, very loud — but it’s really exciting.

How are you getting ready for your debut?

It was important for me to find out what Wagner was thinking when he created “Der Fliegende Holländer.” At the time he wrote it, he was in debt and artistically frustrated, but he had great ambition. He had moved to an apartment on the edge of Paris — angry at the whole world, feeling that no one understood him — and he wrote this opera to prove something. We hear that struggle in Act I, Scene 1, when a storm begins. I was in Paris recently, for my debut at the Opéra Bastille, and I went to look for the house where he composed the opera. This kind of history is very important for me.

What do you make of Senta, the opera’s heroine?

Wagner was creating a prototype of the modern woman in Senta. She doesn’t belong to her family, or to tradition. She doesn’t want to get married, or sit with the other village women and spin. And she doesn’t want to do what her father wants her to do; she has her own ideas. That was very unusual in the 19th century. In his operas, Wagner went on to create other women like this, such as Isolde or Brünnhilde, women who are gradually being emancipated, who are acting on their own.

Dmitri Tcherniakov is directing and designing the production. Have you worked with him before? What is his interpretation of the piece?

Yes, I got to know him when I was Kirill Petrenko’s assistant in Munich, and he staged “Lulu.” Tcherniakov likes to explore the psychological background of the characters. I can’t give too many specifics now, but I can say the production is not set in any particular period. And the focus is on the Dutchman. Tcherniakov likes to point out that other productions are focused on Senta: Why does she dream about the Dutchman? Why does she want to save him? Here, Tcherniakov is asking: Why is the Dutchman the way he is? Why was he driven out, and why can’t he go back? What is he looking for?

Lyniv at a rehearsal. She is separately preparing two groups of musicians to have an alternate ensemble ready in case coronavirus cases are discovered in one.

You’re from western Ukraine, a former cultural crossroads. What was it like when you were growing up? Were you aware of the region’s vanished traditions?

I was born during the Soviet period, when Russian and Soviet culture were imposed on us, but I like to read, and did my own research. I came across great names like Joseph Roth, Paul Celan and Stanislaw Lem, the Polish science- fiction writer who was born in Lviv.

I also discovered that Leonard Bernstein’s parents were from Rovno, 100 kilometers from Brody, where I was born. Brody was once known as “the Jerusalem of Austria,” and there are still the ruins of a synagogue destroyed in the Second World War, which reminds us of the past in a very strong way. In 2019, I conducted a special concert there in memory of Joseph Roth, and we played Bernstein’s “Kaddish” Symphony.

Do you sing yourself?

I started with piano. Then I played flute, studied violin a little, and then I studied singing. I have a high soprano voice, and I really liked singing in a choir. When I was young, I thought about being a choir director like my father, but then orchestra conducting prevailed. The sound of an orchestra fascinated me.

What do you do before a performance? Do you have any habits or superstitions?

It is important for me to have a coffee and something sweet, but I don’t really have any other needs. The most important thing for me is inspiration. I rely on finding out so much about the composers beforehand that I feel I know them personally, that they’re almost my friends.

Do you sense resistance to female conductors today?

In the last 15 years, everything has changed a lot. I don’t feel any hostility; in fact, just the opposite. There is a lot of interest and support: from the public, from orchestras, from managers and from the critics. Next season, I have some great things planned: In November, I will have my debut at Covent Garden in London with “Tosca,” and next May I will have my first concert with the Berlin Philharmonic, a Stravinsky program.

How is the pandemic affecting Bayreuth this year?

During the pandemic, I have had to deal with every kind of situation. In Frankfurt, we did a whole “I Puritani” with only 19 musicians in the orchestra pit. Now in Bayreuth, we’re playing with a full orchestra, but we have two groupings; I rehearse with each one in case something happens. We have 140 people in the chorus, and they are divided. Seventy are in a special room and their singing is broadcast into the theater, and the other 70 are onstage, like extras, but they can’t sing a note for safety reasons — though they’re meant to react the whole time as if they’re singing.

No, I have not yet been vaccinated, though I plan to. But we have PCR tests every day. And I don’t meet anybody or go anywhere — except rehearsal.