On March 30, 2021, on the birthday of the outstanding mathematician Stefan Banakh, the Lviv Mathematical Society, under the auspices of the Lviv City Council, opens an information table.

The memorial will be placed on the façade of the house №27 on Taras Shevchenko Avenue. In the first half of the XX century there was a legendary «Scottish» Café – a hotspot for mathematicians around the world.

The initiator of the memorial opening is Lviv mathematician, professor of Ivan Franko National University, member of the virtual research mathematician community Mathoverflow (№3 in World Ranking in 2018, №20 – in2017 and 2019), Lviv Honorary Ambassador Taras Banakh.

The Scottish Café was a favourite gathering place for mathematicians and representatives of the Lviv Mathematical School, an informal group of scientists that conducted researches in Lviv in the 1920s and 1930s and had a significant impact on the development of mathematics in the world. Stefan Banakh, Hugo Steinhaus, Stanislav Mazur, Stanislav Ulam, Vladislav Orlich, Yuliusz Schauder, Myron Zarytskyi and others were members of the Lviv Mathematical School. In «Scottish» Lviv mathematicians and their guests held mathematical discussions, and the most important problems were written in the famous «Scottish Book» (1935-1941), which was kept in this café. In May 2014, the building gained a second wind with the opening of a restaurant called «Scottish». Carrying on the tradition, a copy of the original «Scottish Book» is kept here, as well as the modern «Lviv Scottish Book», founded by Lviv mathematicians of the XXI century, who continue creating the mathematical glory of Lviv. 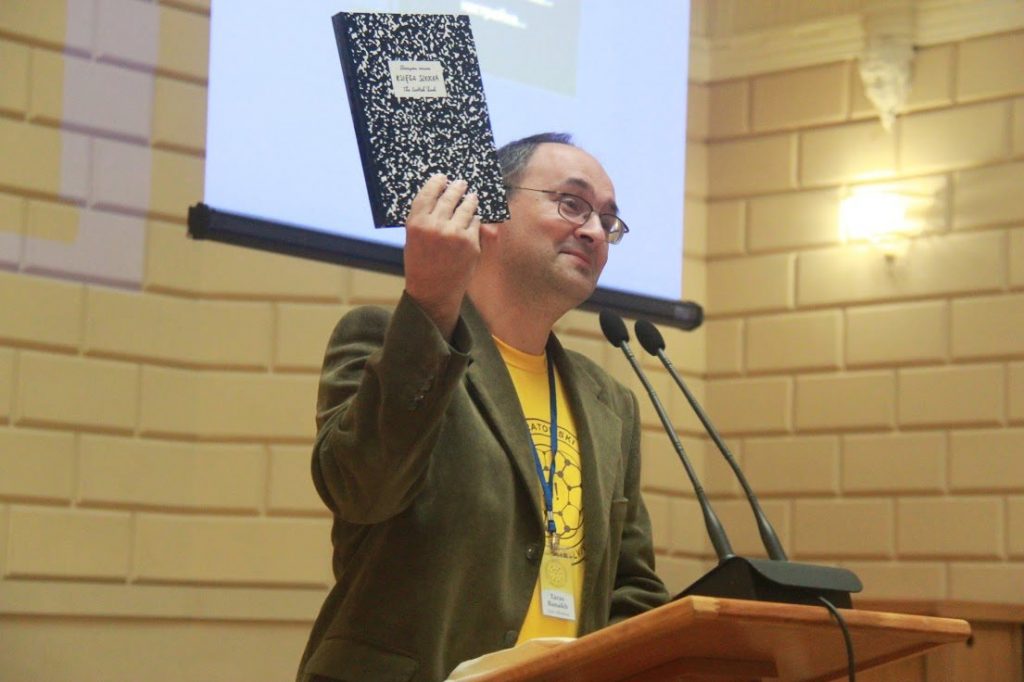